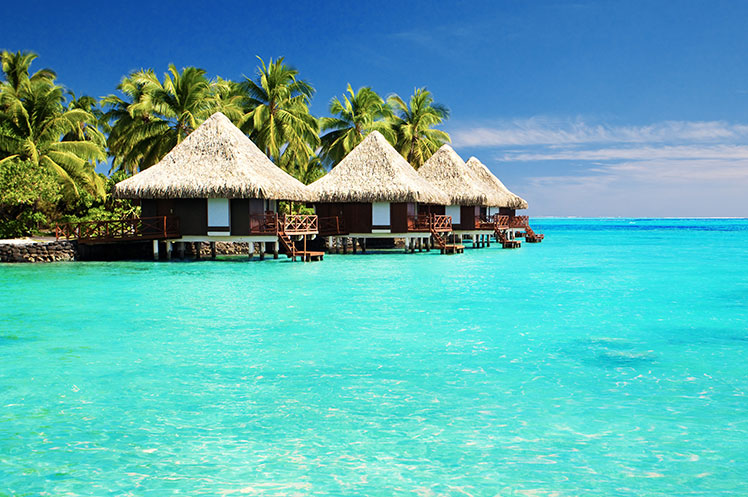 American Airlines has fully geared up for the spring and summer schedule for 2021 and decided to launch 10 new warm weather routes, including 8 international flights even as the COVID-19 vaccine rollout continues. The airline’s decision is attributed to strong travel season anticipation amid the ever-changing demand. The new services will start operating from June 5 onwards.

Miami is at the heart of American Airlines’ recent expansion even as businesses open up. The popularity of Florida as a vacation destination has tremendously grown. The COVID-19-related restrictions have also eased on businesses, especially indoor dining. American Airlines is currently the largest carrier at Miami International Airport (MIA), considered to be one of South Florida’s major gateways. The expansion is likely to bring more tourists to Miami and also help in expanding to further south.

Apart from domestic destinations, American Airlines will also be launching more daily services to popular Latin American destinations and aims to serve the routes utilizing its largest Boeing 787 Dreamliner aircraft. Among other international destinations to be served include those in Israel.

American Airlines has announced it will start operating flights from Miami to Little Rock, Arkansas effective June 5. The new destination will be served once every week on Saturdays only. American Airlines is currently the only airline to serve this route with no direct competitors.

American Airlines has decided to continue offering flights between Miami and Portland, Maine. The airline will resume its flights on the route on June 5 for the summer season. The service will be operated once-weekly only on Saturdays. There will be no direct competitors for American Airlines as the route is not being served by any other airline at the moment.

As compared to 2019, the Latin American service is being increased with flights to 12 destinations. American Airlines also announced that it will be deploying a Boeing 787-8 aircraft to serve several Latin American destinations, including Santiago (Chile), Port-au-Prince (Haiti), Lima (Peru), Quito (Ecuador), Guayaquil (GYE), and Cali and Medellin (Colombia).

Mexico has remained a popular tourist hotspot for Americans. And, American Airlines also knows how important the Mexican market is for them. The airline has decided to serve two new destinations in Mexico.

American Airlines has announced it will be introducing new services to Merida and Cancun from Dallas and Los Angeles, respectively. The flights to Merida from Dallas will start operating on June 5. The route will be served once every week on Saturdays only. American Airlines will also not face any competition on this route as there will be no direct competitors.

Cancun has remained a hugely popular destination for American tourists in Mexico. The airline has accordingly decided to offer flights between Los Angeles and Cancun starting from June 5. The route will get once-weekly service only on Saturdays. Cancun has remained a preferred destination for many airlines, and the Los Angeles-Cancun route is being currently served by several airlines, including Delta Airlines, United Airlines, Alaska Airlines, JetBlue Airways, and Mexico’s Volaris.

Caribbean destinations are the major beneficiary in the current route expansion spree by American Airlines. There are many new destinations in the tropical paradise of the Caribbean where flights are to be launched by American Airlines. These include Sint Maarten, St. Lucia, Port-au-Prince, and Samana. The major U.S. cities to get Caribbean connections include Dallas, Fort Lauderdale, and Charlotte.

American Airlines has also recently launched new flights between Fort Lauderdale and Port-au-Prince, Haiti. The new route became operational on April 2. The daily flights will be complementing existing services from nearby Miami, Florida, and will offer the travelers flexibility and a more convenient alternative. Apart from American Airlines, this route is being currently served by Spirit Airlines and JetBlue Airways as well.

American Airlines has announced the launch of its new service to Israel. The flights will start operating between Miami and Tel Aviv effective from June 4. The thrice-weekly service will be operated on Wednesdays, Fridays, and Sundays in the eastbound direction, while the westbound direction will get flights on Mondays, Thursdays, and Saturdays. Keeping in with the observance of the local custom, the flights on Saturday will be departing in the evening only. Israel’s national carrier El Al Israel Airlines is currently serving the route, with flights to Miami being launched in 2018. American Airlines will be the sole competitor on this route.

The nonstop flight between Miami and Tel Aviv will be served with the help of a Boeing 777-200 aircraft. The customers will be provided the option to choose Flagship Business, Premium Cabin, or Main Cabin. The premium Flagship Business will be featuring lie-flat seats. In order to compete with Israel’s flag carrier El Al, American Airlines said that it will be offering kosher meals and kosher wines to the customers onboard the aircraft.

American Airlines will be launching new flights to Suriname. The new service between Miami and Paramaribo will start operating on July 1. The route will be served with five-time weekly service on Mondays, Tuesdays, Thursdays, Fridays, and Sundays in the southbound direction, while the northbound direction will have flights on Mondays, Tuesdays, Wednesdays, Fridays, and Saturdays as the return flight will be departing after midnight. American Airlines will be getting a competition with Suriname Airways, which is currently serving this route. American Airlines will also become the first U.S. carrier to offer nonstop flights to Suriname. The route will be served with the help of the Airbus A319 aircraft. Suriname will also now become the ninth country in South America to be served by American Airlines.

With American Airlines announcing its summer travel plans, get ready to pack your bags and make American Airlines reservations with Fond Travels now. It’s time for you to embark on a thrilling summer vacation!