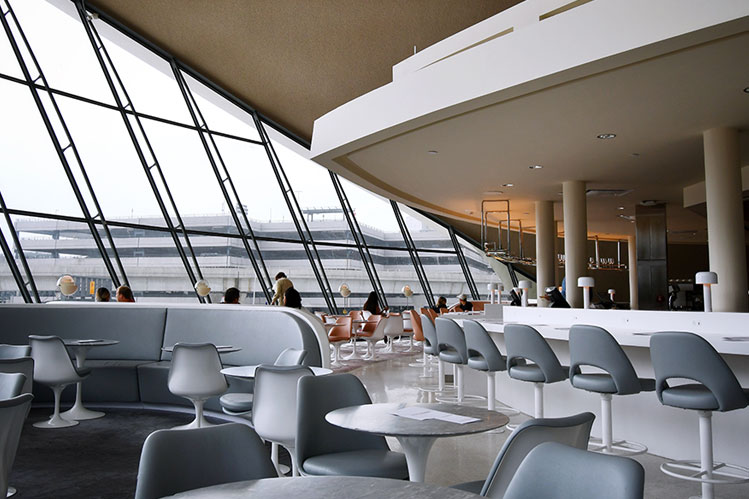 Its summer, and you must be planning a summer getaway or need to fly for a business meeting and need quick information about airports. Whether its Los Angeles or London, Miami or Mexico, Fort Lauderdale or Frankfurt, JFK Airport is home to several airlines operating to several destinations and is considered one of the busiest and most popular airports in the United States.

Situated in the Jamaica district of Queens, 16 miles from Manhattan, JFK Airport and Kennedy Airport, New York-JFK or JFK, all refer to the main international airport - John F. Kennedy International Airport serving New York City. The airport is the busiest of the 6 airports in the New York Airport network and the 13th busiest airport in the US.

Busiest International Routes to and from JFK

Getting information on the current baggage allowance is wise before planning a trip. It will help you get prepared and proceed without hassle. Remember, you need to save money and time at the airport.

Carry On: All personal items, medicines, and documents must be packed in the carry-on bag. You can carry a pillow, laptop, purse, briefcase, diaper bag, etc. Liquids must be in containers and stored in a zipper bag.

Checked Baggage: You can only bring two bags to the JFK Airport. There is a limit on the size and weight of each bag. Before you fly, make sure to check with your airline about the weight and size limitations. Bags over 50 lbs cannot be placed in the overhead compartment. Bags weighing more than 70 pounds are not allowed and may result in additional fees.

There are 2 ways of commuting between terminals. Use Delta's JFK shuttle bus to transfer between Terminals 2 and 4. It makes 3 stops between Terminals 2 and 4, closer to Gate C60 at T2, and near gates B54 and B18 in T4. In-between all other terminals, take the AirTrain that operates between all terminals. Just reclear of TSA security once you arrive at your departure terminal.

JFK has over 130 restaurants, bars, and cafes, offering diverse, world-class food courts noticeably between the terminals. Terminal 7 has very less options; you’ll need to head to another terminal.

JFK has six parking lots, five of them located outside the terminals. These are best suited for passengers with larger budgets or short-term trips. Long Term Parking Lot 9 can be found 4 miles from the terminals. It is connected via the AirTrain. You can check the capacity of parking lots on the airport website.

The AirTrain connects each terminal to JFK, making it easy to travel to and from the airport. The AirTrain connects to the NYC subway system and makes it easy to get to and from JFK. Each terminal has been renovated individually over the years. Passengers will enjoy different levels of modernization and additional facilities. Terminal 4 is planned for 2023. For further information on the airport - flights, policies, check-ins, etc, do not hesitate to call Fond Travels at 571-389-6426 and talk to one of our flight experts.

Q - What are the transportation options from JFK?

A - You can hire a taxi. JFK to Manhattan costs $50-52. There is Airport Shuttle; take the AirTrain or the City Bus. Also, board the LIRR — It’s quicker.

Q - How can I spend my layover?

A - You can explore New York and pick one of the 5 neighborhoods or landmarks. If you have an overnight layover, you could get a hotel and explore nearby markets. There are many duty-free shops (in terminals 1, 4, 5, and 7) and dining options. JFK airport also offers numerous other services, including Nursing therapy, Beauty & Spa, Charging Stations, Animal & Pet Relief, and Worship closets.

Q - Where can I shop at the airport?

A - Except for Terminal 2, you'll find surplus stores at all the terminals.

Q - What airports are closer to JFK International Airport?

Q - When does the last flight leave from New York JFK airport?

A - JetBlue Airways 609 to Guayaquil is the last flight that departs from John F. Kennedy International Airport at 11:59 PM.

Tags: International Airport, Airport
Customer Comment
Thanks, we have got your comment and we will published it once it's reviewed by our team.