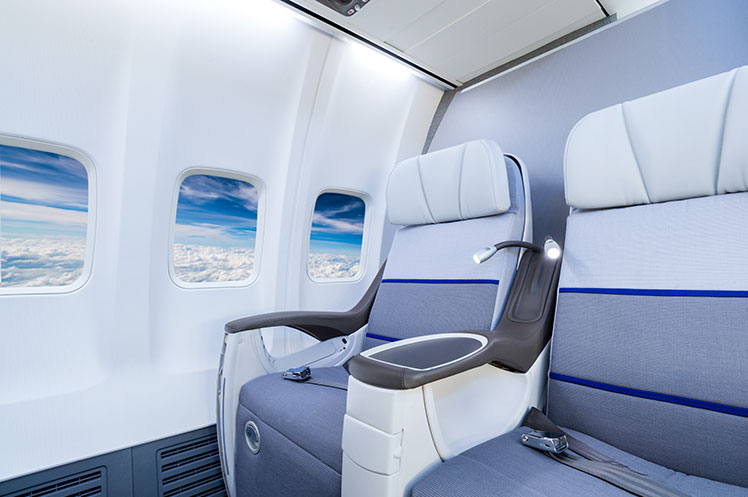 Media reports said that Delta Airlines middle seat will no longer remain empty starting from May 1 this year as the leading and one of the top 3 legacy carriers in the United States has decided to reverse its COVID-era policy of empty middle seats. The airline has taken this decision after assessing that the air travel has started recovering and more people are being vaccinated against COVID-19.

Delta Airlines CEO Ed Bastian said that the trust of the customers has grown in the airline due to its constant safeguards and strict adherence to the COVID-19 protocols. Bastian said, “By May 1 nearly 65% of the people who traveled on Delta Airlines last year are expected to get at least one dose of the new vaccines. This expectation has reassured us, and hence we decided to end seating limits. Now Delta Airlines reservations can be easily made for the middle seats and the travel will be safer than before.”

The commercial aviation industry was until now divided regarding the blocking of middle seats. They constantly argued over the utility of keeping the middle seats empty to reduce the risk of spreading COVID19 on the flights. Some leading U.S. carriers such as Delta Airlines, Southwest Airlines, Alaska Airlines, and JetBlue Airways had offered limited seats for several months. However, United Airlines kept on selling middle seats and never blocked them, whereas American Airlines blocked the middle seats for only a few months.

United Airlines CEO Scott Kirby had strongly argued on several occasions that the idea of social distancing on the airplanes is hard to implement if not impossible, even by keeping the middle seats empty. In line with his arguments, Kirby continued to offer resistance and never agreed to block middle seats on United Airlines.

All of the airlines in the United States have launched an aggressive campaign for reassuring the air travelers that they were safe and secure onboard the flights as long as each passenger, including crew members, continued to wear a mask, which has now become mandatory for all and is a federal requirement. The airlines are also citing a Harvard University report, which concluded that the risk of spreading the coronavirus during a flight is quite low due to the high-grade air filters and strong ventilation on most aircraft.

Even as the COVID-19 vaccines are being rolled out and sustained vaccination drives underway at an aggressive pace, air travel has started to significantly recover in the United States from pandemic lows. For the past several days more than 1 million travelers have already been passing through various airports in the country.

According to Delta Airlines, the number of travelers is growing and flights are being booked for the crucial summer vacation travel. The summer travel in 2020 was catastrophic and extremely bad for the airlines due to the coronavirus pandemic. Delta Airlines had to suffer a huge loss for the whole of 2020 amounting to more than $12 billion. The airline now desperately wants to increase its revenue at the earliest. Delta Airlines has therefore decided to end its empty middle seat policy and will be selling more seats from May onwards.

For more information, latest updates, and travel-related queries, the customers can directly call Delta Airlines phone number and talk to the friendly customer support staff at Fond Travels for prompt assistance and the best solutions.

Customer Review
Thanks, we have got your comment and we will published it once it's reviewed by our team.
LEAVE A REPLY