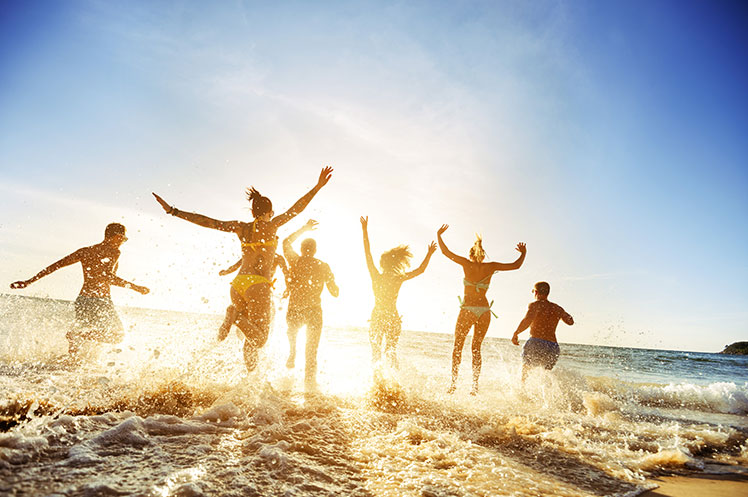 Delta Airlines is expecting a fruitful summer this year and has geared up to boost its services with route expansion and new additions. Delta Airlines is readying to cope up with the peak summer rush by expanding flight services to over 20 destinations and adding nine new routes. The airline in a statement said that the domestic and short-haul international travel is finally looking up even as the COVID-19 vaccination drive is underway and a strong summer surge is expected.

The move of Delta Airlines comes at a time when it is on course to take the delivery of some new aircraft and renovate the existing ones. The airline has indicated that it is now ready to take on its rivals and looks forward to bagging a major market share of domestic leisure travelers as far as possible.

A large number of tourists visited the Mountain West in 2020. The tourism prospects in 2021 continue to be looking up. This tourist hotspot is set to attract even more tourists than the previous year. Delta Airlines has already said that Mountain West remains a pretty strong market and it is going to double its services with the new flights.

Missoula International Airport (MSO): Delta Airlines will begin weekend service to Los Angeles starting May 8 from Missoula, while a new weekend service to Atlanta will start operating from May 29. Missoula is considered to be a gateway to more of Montana’s Glacier Country and offers connections to Minneapolis and Salt Lake City.

Jackson Hole Airport (JAC): Delta Airlines will start daily flights to Los Angeles and Minneapolis/St. Paul International Airport (MSP) from May 28, while daily service to Atlanta, with an additional service on Saturdays will begin from May 29. The airline will also start operating Saturday-only service to Detroit (DTW) and weekend service to Seattle from May 29. Delta Airlines is currently offering year-round flight services from Salt Lake City to Jackson Hole.

Reno-Tahoe International Airport (RNO): Delta Airlines will begin a new weekend service to Seattle starting May 8. Reno will now be offering thrice-daily flights to Los Angeles, nonstop flights to Atlanta, and up to five daily services to Salt Lake City from this summer. This will be in addition to the new flights to Seattle.

Delta Airlines has announced it will be introducing new flights to several outdoor and leisure destinations from Fresno Yosemite International Airport (FAT), and Rapid City Regional Airport (RAP). The new schedule from the two airports will be as follows:

Fresno Yosemite International Airport (FAT): Delta Airlines will start a Saturday-only service to Seattle from May 29. Fresno will be offering connections to Los Angeles with a daily service and four-time daily service to Salt Lake City from this summer.

Rapid City Regional Airport (RAP): Delta Airlines will begin weekend service to Atlanta from May 8 and will make it to a daily service effective from May 29. The airline will also launch a weekend service to Detroit starting May 29. The Rapid City Regional Airport is currently the main airport for tourists heading to Mount Rushmore in South Dakota. Delta Airlines is already offering a daily flight to Salt Lake City and up to four daily flights to Minneapolis from Rapid City.

New daily flights are scheduled to be launched from Cherry Capital Airport (TVC) in Traverse City to New York’s LaGuardia Airport (LGA) and Minneapolis/St. Paul (MSP) from May 5. However, the daily service to MSP will be increased to thrice-daily service from the Memorial Day weekend. The airline will also be launching daily flights to Boston from May 5 and to Atlanta from May 29.

LaGuardia Airport will be seeing additional flights this summer as well. New daily flights to Wilmington International Airport (ILM) and Asheville Regional Airport (AVL) are scheduled to be launched from LaGuardia starting May 5.

The airline will also be launching a daily flight to Atlanta from Burlington International Airport (BTV) starting May 5.

Seeing a slump in the long-haul international travel demand during the COVID-19 pandemic to some of its lowest levels in recent history, Delta Airlines has already made it known that it is going to use its idle planes to boost the domestic leisure market this summer. Delta Airlines is now focusing to strengthen its core hubs and also pay attention to its coastal hubs where the recovery is relatively slower. Delta Airlines will also be offering more services to Montana than any other U.S. airline this summer.

Have you started planning your summer travel? Now is the time for you to make Delta Airlines reservations on Fond Travels and fly to some of these exciting destinations for an adventurous, fun-filled summer sojourn!